To revitalize a company’s digital marketing strategy for a greater return on investment.

Metrik Marketing was consulted to improve Sterling Western Star’s online marketing efforts and generate a stronger return on investment. Sterling Western Star had been investing in Google Adwords and other digital marketing platforms for over a year, but they were not obtaining the results they wanted based on their efforts. Metrik had to devise a new strategy that would better utilize Google and other digital platforms to drive results.

Metrik Marketing worked with Sterling Western Star to ensure the company had proper analytics tracking in place. Metrik achieved this by setting up conversion tracking in Google Analytics so the outcome from the analytics would be imported into Google Adwords to further measure and improve the company’s results. A new campaign was launched to promote the company’s Heavy Truck Sales using Google Search & Display campaigns. 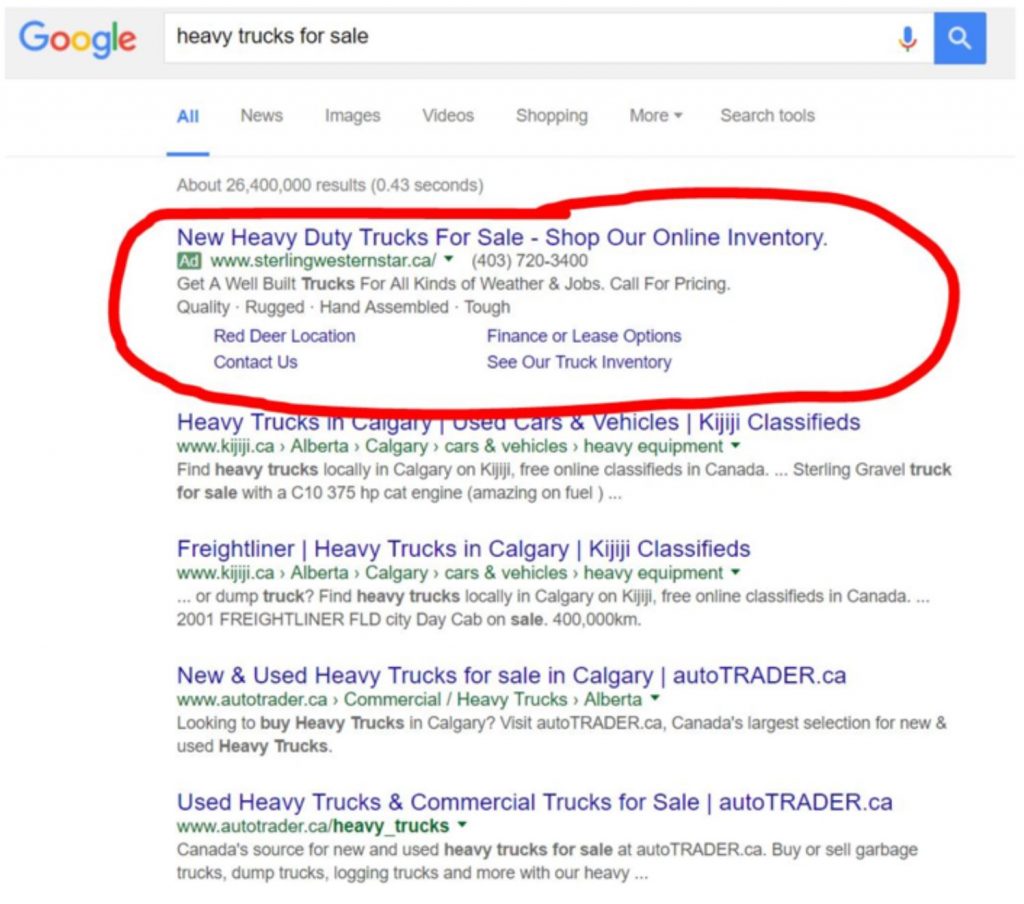 Metrik qualified for a promotion extension beta that was not available to the general public and was able to use this extension to run application-specific ads based on visitor history. This unique advanced feature, offered by Metrik Marketing, helped to further improve the company’s digital marketing strategy.

After taking over the project, Metrik Marketing doubled Sterling Western Star conversions, fixed their lead-tracking, and drove 10 times the phone calls according to the client.

When compared to the industry standard for 2016-2017, we achieved 5x stronger than average conversion rate (CVR) and 4x stronger than the average cost per acquisition (CPA). Our campaign was so successful that it helped the company better position itself for sale. Our contract ended when the company was acquired by a larger dealership.

This client has provided us with glowing reviews and has reached out to us to work on new projects when they enter new roles at other businesses.